If you are looking to adopt a rescue dog from abroad, I applaud you, the abuse and trauma dogs suffer in such countries can be nothing short of atrocious and I fully understand the drive people have to try to help them.

If you need professional help with your foreign rescue, then look to somebody like myself who has a vast experience of, not only behavioural rehabilitation of UK rescue dogs but also, foreign rescue dogs. Foreign dogs can offer a very different behavioural prospect than typical UK based rescue dogs usually requiring more accurate understanding and guidance. Find out more about the professional help I can provide here

My main concern with adopting a rescue dog from abroad is that there is generally very little in the way of behaviour assessments conducted prior to exporting the dog. This can result in dogs arriving at their new home, or foster home, displaying some very serious and dangerous behaviours. This not only puts the family in danger but also the dog’s future. The dog is immediately a huge flight risk too, with many foreign rescues escaping within days (if not hours) of arriving.

Homes with babies and young children

Another concerning point is families turning to foreign based rescues because they will adopt out dogs into a homes with babies and young children. This is something UK based rescues rarely do, especially with dogs with no, or traumatic, histories and backgrounds. The potential consequences of this are extremely serious.

One example I’ve been out to help was a medium sized dog arrived from Eastern Europe to its new UK home at 10pm, by 8am it had bitten the owner and two of the children. It was now refusing to leave a spare room and nobody could get near it. Fortunately for the dog the family wanted to work with him and together we helped progress the dog to become acceptable family companion.

We had to be extremely careful on how we managed the first few months due to the potential danger to the children. Luckily this family was committed, but could be forgiven for choosing to rehome the dog due to the clear risk it posed to the children. The rescue should never had put them or the dog in that situation though, they also offered no effective support for the family.

Anatolia and Jack came to North Clwyd Animal Rescue (NCAR) from Romania. Both arrived in a very stressed state, Anatolia had shut down and Jack was showing high levels of fear based aggression. They had been through some traumatic experiences in Romania and on their journey to the UK which had affected them in a major way.

It was very quickly clear they didn’t trust people, hated being confined and were very very scared. Both hated being on lead, and if you got close enough to get a lead on Jack he would bite you or bite through the lead in seconds. We realised rehabilitating these two was going to be a very slow process and re-homing was far from an option at this stage.

First of all, we had to get them comfortable with; being in a kennel, having people around, taking treats off people, getting touched by people, having a lead put on and eventually walking on lead. This is normally a relatively quick and straight forward process taking maybe 10 minutes or so, but this case was different…

Now on lead, we tried to get them both outside for a walk. This was going to be a big challenge, especially for Jack who was still extremely flighty due to his pangs of panic. We needed them to get out walking so we could begin the long road of rehabilitation in earnest. Once these two are happy to be walking we could expose them to much more positive experiences and hopefully get them to begin enjoying life a little more…

For this part of their rehab we brought the duo into a group mix to see if being around other dogs would draw them out and encourage their social side. We chose some friendly and playful dogs who had good enough social skills not to put any pressure on Ana and Jack. We also put a couple of puppies in as well knowing they would try to interact without coming across as threatening. We had included Jack and Ana in some onlead group walks and although they were ok with that, they didn’t show any interest in the other dogs, we were hoping offlead this might prove different…

Now Anatolia and Jack were out walking, exploring the world, hanging out in the cafe and spending time on and offlead with other dogs, we felt it was time to start addressing their biggest psychological barrier, interacting with people. Neither dog had any reason to either trust people or even be around them.

When they first arrived at NCAR Ana shut down upon human contact and Jack would bite. Now, we felt they had built up enough trust in myself and a few kennel staff to begin setting up controlled interactions with strangers. We stocked up on sliced ham, chicken and beef to keep things as positive as possible and headed to somewhere they felt comfortable and relatively safe, NCAR’s onsite cafe; Doris’s Bunker.

The aim was getting to duo to look to interact with people as opposed to shying away from them, if they achieved this it would actually be a huge step in their rehabilitation…

Jack is struggling to adapt to life in rescue and is heavily reliant on Anatolia for support. We need Jack to start learning some independence and that life can be enjoyable without the reassurance of Anatolia by his side. It is going to be slow going as Jack has clearly had very little reason to ever trust, relax and just be himself. It’s a hard life when everything you encounter is scary! Jack is on a long journey to contentment and hopefully he’ll be able to finally find a special loving home to complete that journey. This is his video for his rescue profile.

Bringing Ana out for social sessions without Jack helps improve her confidence and independence. I brought in my rescue Staffy Nahla to help. Nahla has good social skills and often knows what is needed to help other dogs, this case was no different. She allowed Ana time and space then responded well to her efforts!

We will continue to try to progress these two hopefully continuing to build up their education and confidence to increase their chances of being adopted into a family who would be willing to continue their progression.

As it stands their chances of being adopted are very slim, not many people feel able or capable to take on such dogs. North Clwyd Animal Rescue and I will of course offer as much support as we can to anybody who takes these two on. Although they won’t be difficult dogs to own, they aren’t going to show the levels of affection people usually want from dogs. I feel they will in the long term, but potential adopters are put off by this.

Unfortunately, as more and more small operations rescue dogs from Eastern Europe and the Balkan region this sort of difficult rehab work becomes more common for rescue centres such as North Clwyd Animal Rescue. This is due to groups continuing to export dogs with little or no understanding of how serious their behavioural issues are and their chance of succeeding in a new home.

Personally I am willing to help any rescue dog, or any owner, in any situation, but I find it increasingly frustrating that such dogs aren’t assessed correctly by skilled behaviourists enabling them to find acceptable home prior to their, often traumatic, journey to the UK.

Re-homing rescued dogs with compatible families ensuring the adoption is successful is hard enough for rescues based locally to the potential adopters, but the difficulties posed by attempting to re-home a poorly assessed dog from a foreign country is rarely taken into account.

The reality is the dogs get rescued from horrific situations abroad only to be put down in the UK due to their unexpected unmanageable behavioural issues, which often include aggression. This is awful for the dogs but also heart breaking for the family who were given a dog they simply weren’t ever suitable for.

Another terrible outcome is the dog escaping and never being heard of again.

But please do some ground work and research into the types of dogs your chosen rescue exports, if only to ensure you have a full understanding of expected behavioural problems your new companion may need help progressing through. The rescue group should be able to provide videos or photos of the dog positively interacting with dogs and people (not just being present in a big group and avoiding interactions) whilst also demonstrating being comfortable walking on lead.

The good news is, with an accurate and comprehensive behavioural program, difficult foreign rescue cases can indeed learn to adapt to their new lives in the UK. Just expect to exercise much more patience and dedicate much more time whilst receiving very little initial reward in order to give the dogs the best chance of succeeding.

Anatolia and Jack, for instance, progressed almost 10 times slower than I would expect dogs usually displaying their behaviours. This sort of ingrained behaviour is not uncommon for dogs raised in the hostility of the streets, or even homes, of countries who don’t regard dogs as highly as we do in the UK (and we still have plenty of room for improvement!). 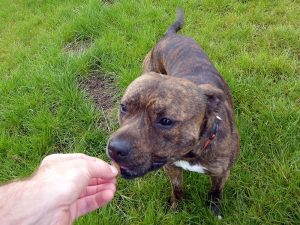 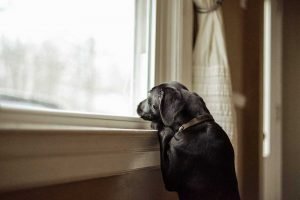 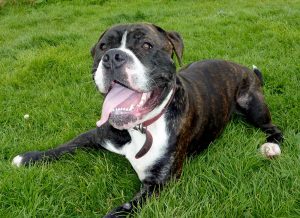